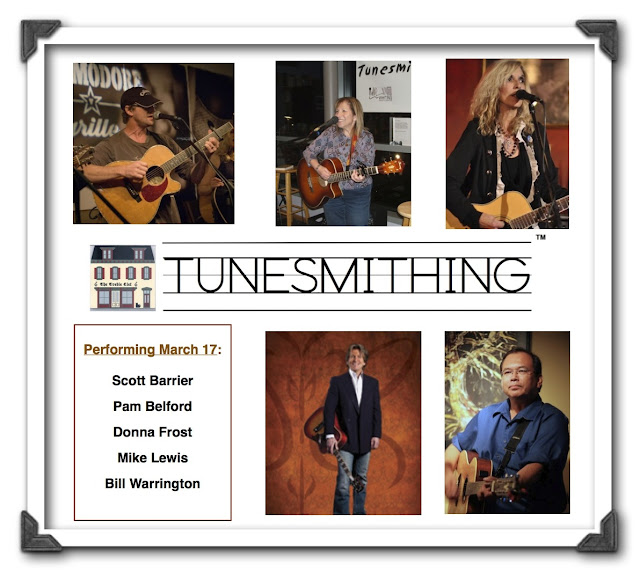 Pam Belford's songs have been recorded by Dean Dillon, Doug Stone, Rich McCready and a variety of other artists. She wrote the title cut on the George Strait album, “Holding My Own,” and her song, “If I Know Me”, also recorded by George Strait, was number one on the Billboard Country Chart for two weeks in a row.

"Tunesmithing" songwriters showcase is sponsored by Music City Arts Network, Striking Moon Music, and Shine Time Music. The monthly show was founded in 2003 to spotlight emerging, professional and hit songwriters, as well as artists of all kinds. The event offers mentoring, career growth and networking opportunities for artists at all levels.

For more information about "Tunesmithing", call (615) 423-9857, write Info@MusicCityArts.net, or visit http://www.Tunesmithing.com.
Posted by Chuck Whiting at 10:28 AM