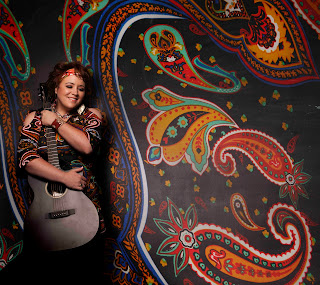 Admission is free. Snacks and beverages will be available for purchase. "Tunesmithing" is sponsored by Whiting Publicity & Promotions, Music City Arts Update, and Shine Time Records and Books.

"Tunesmithing" was founded in 2003 to spotlight emerging, professional and hit songwriters. The monthly show features an "open mic" and 25-minute solo sets that enable songwriters to share more of their songs. An emphasis is placed on mentoring, career growth and networking.

"We have a wonderful lineup of songwriters for the anniversary show," said show founder Chuck Whiting. "Most of the performers have performed on various 'Tunesmithing' stages over the past 10 years. We plan to return to a regular monthly schedule at a new venue sometime this summer." 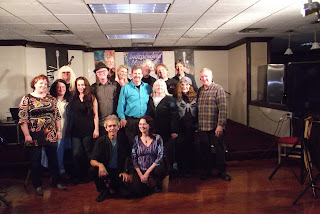 (Photo: Songwriters celebrate after the "Tunesmithing" anniversary show in 2012.)

Posted by Chuck Whiting at 10:20 AM No comments: